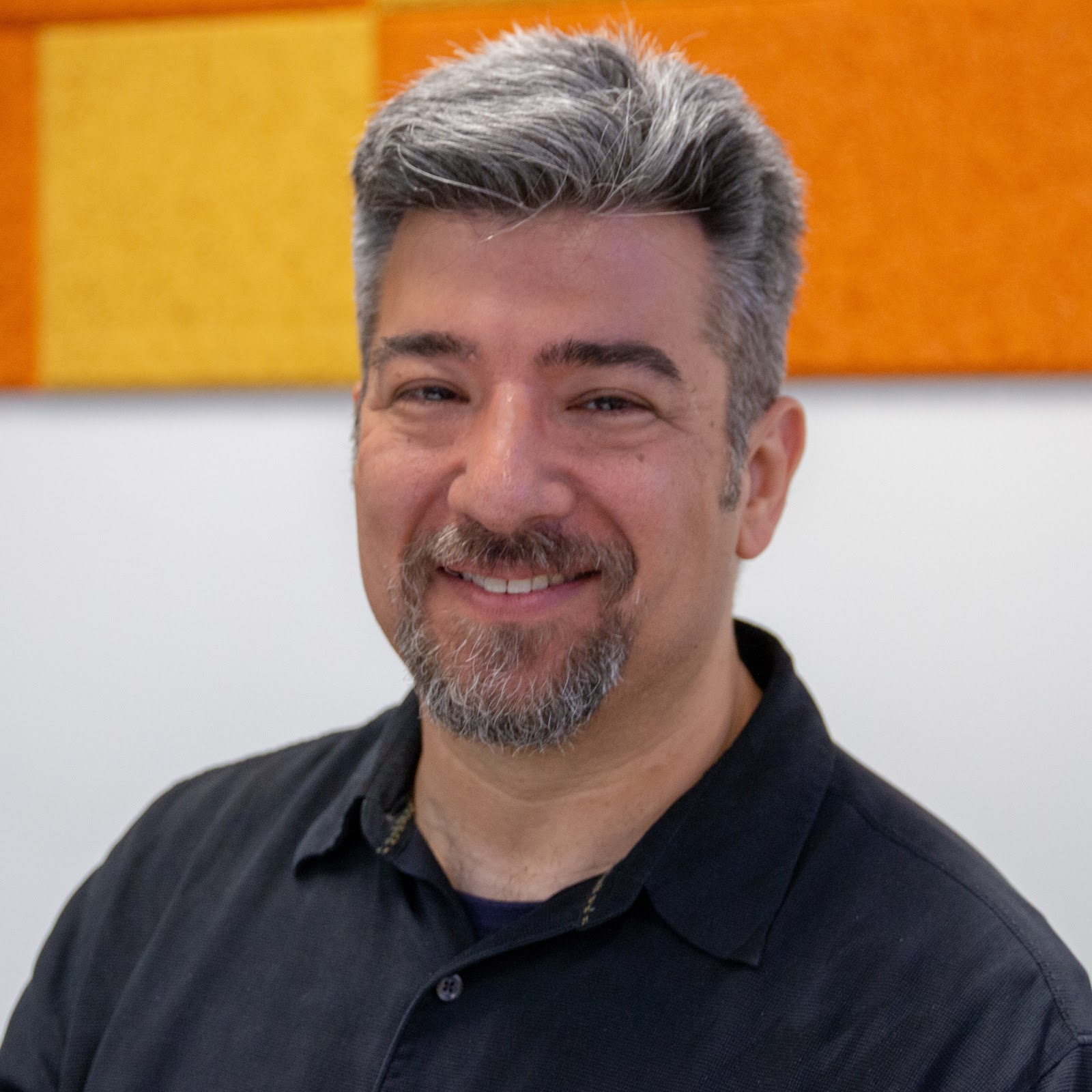 Kevin Goldsmith has been a developer, software architect, technology manager, and senior technology executive for over 28 years. He is currently the Chief Technology Officer at Onfido in London, a machine learning and computer vision company helping users own their identities on the internet. Formerly, Kevin was the Chief Technology Officer at Avvo; the Vice President of Engineering, Consumer at Spotify; a Director of Engineering at Adobe Systems; and, development lead at Microsoft.

In addition to spending time with his family and his personal coding projects, Kevin is an avid photographer and musician.

Tell us about your life before leadership – what kind of roles and projects did you work on?

I started as a developer. I got to work on scheduling systems for the Robotics Institute at my university, and then I got a job working on a very early streaming-media system at IBM Research. My first post-college job was at Silicon Graphics, where I got to build cool demos and prototypes of new products for their advanced workstations. From there I joined a film and tv studio, (Colossal) Pictures. I coded on 3D animations and built tools for movies, commercials, and the Moxie Pirate Television Show on the Cartoon Network. After Colossal, I joined the brand-new Microsoft Research. I spent five years as a developer and development lead on a large-scale multi-user virtual environment platform. For the next few years, I switched back and forth between senior development, development lead and architect roles at Microsoft on the Windows Media team, the WindowsCE CoreOS team, some startups and then Adobe.

How did your first leadership position come about, and was it intentional on your part?

My first leadership position was at Microsoft. I was the first developer on the Microsoft Virtual Worlds platform. As the team grew, I started focusing on building the authoring tools for the platform and then became the development lead when we hired people to help me. It was an intentional choice on my part, but I didn’t really know what I was doing and I wasn’t very good at it. I went back and forth between individual contributor roles and lead roles until I became an engineering manager at Adobe. That was when I really started to take it seriously and focus on my craft as a leader and not as a developer.

How did you manage the transition? What came easily / what was difficult?

I kept switching back and forth because I didn’t really understand what it meant to be a leader and a people manager. I had been lucky to have some good managers, but I never really understood the role. This definitely made it harder. Once I got serious about becoming a good manager, things were a bit easier. Eventually  my team was large enough that I had to stop coding on the product. That was the next hard transition.

What was your biggest failure in that first leadership role?

In Microsoft Research, I had an intern who was a graduate student, only a year or two younger than myself. I think I was the only one on the team that didn’t have a Ph.D. at that point. I really had a hard time getting him to do his work because he had a hard time seeing me as someone that he could learn from. It eventually got to the point where I had to threaten to end his internship early because I was so tired of him not getting anything done. Not a shining moment in my leadership career.

What made you keep doing it?

As I mentioned, at first I didn’t. I would be in a senior developer role, then get drafted into a management role and then go back to being an IC. I was a developer who sometimes managed people, mostly because I wanted to make sure that things were developed in the way I wanted them done.

What changed for me was joining a company that was very earnest about the engineering management role. Adobe took the role seriously and the people in the role were professional engineering managers. I was lucky enough to have a really good boss and see other great leaders in action. It changed how I viewed technology leadership and inspired me to interview when the role opened in my team and then dedicate myself to being the best leader I can be.

Tell us a fun fact that nobody knows about you

I was the reggae director of WRCT Pittsburgh (a radio station) for two years.

What are the three key skills you think every lead needs?

Empathy – You need not only empathy for the people that report to you, but also for your peers, your boss, and your customers. You should always be trying to understand their perspective and get past your own judgments and biases.

Pragmatism – In our role, we are constantly having to weigh decisions. Being able to make the necessary trade-offs. Understanding when we need to be perfect versus understanding what is good enough, for now, can be the difference between succeeding and failure for your product.

What have you learned about acquiring and retaining talent?

Find out what it is that makes your company unique. Is it your culture, your technology, your mission, your customers? Whatever the things are that truly make your company different than others, promote those things, talk about them publicly, make noise about them. Attract people who want to learn that technology, who believe in your mission, who are attracted to your culture. They will want to work with you, and if you were honest in those things, they will stay with you.

How do you motivate your team and manage their stress levels?

In college, I was on the rowing team. In the fall we would row long races, called head races. In these races, the Coxen (who steered the boat and was responsible for the race strategy as well as motivating the team) would occasionally call out a set of strokes where we would put out a big burst of power for a set number of strokes. This was especially motivating as we were gaining on another boat or another boat was gaining on us.

From my rowing experience, I learned that you need to find the right speed to maintain for the long term. You also need an occasional burst of speed to achieve a goal and raise morale, but that burst should be short and people should understand how long it will last. If you try to push too hard for too long or you don’t have a clear end, you burn people out.

How do you manage your own stress levels and productivity?

I am not always as successful at this as I would like to be.

When I start to feel the work piling up, I try to get very deliberate about my prioritization. I tend to use the Eisenhower Matrix very religiously at these times, especially with the lens that Stephen Covey suggests. Anything that isn’t important and urgent gets delegated, deferred, or ignored.

I try to carve out non-work time, even when there is a lot to do, but I can’t always shut the work thoughts out of my head as much as I would like.

How do you stay in sync with other parts of the business?

I very much believe in the concept of the first team that Patrick Lencioni discusses in his books. My first team is my peers in the executive team. It is critical for me to understand what is going on in their parts of the business and for them to understand what the technology organization is doing. I also will regularly meet with folks at all levels in the other functions to support a potential deal, answer their questions, or get their input. This helps me support my team by giving them a deeper context of what is happening in the company.

Where do you see yourself in 5 years’ time?

In five years I see myself as the CTO of a very successful Onfido.

What product do you wish you’d invented?

Thanks very much, Kevin!

CTO Craft May MiniCon 2022: A Quick Reminder of the Best Bits

For CTOs, the Total Cost of Ownership Sits at the Heart of Strategy – Part 2

For CTOs, the Total Cost of Ownership Sits at the Heart of Strategy – Part 1

Why Commitment is More Important Than Consensus in Group Decision-Making

How to Attract and Retain Diverse Talent in Tech Roles